Two galaxies that both have supermassive black holes are merging together and astronomers caught it on camera. 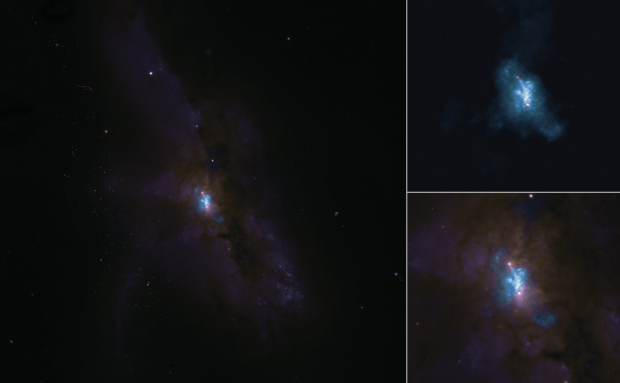 It takes billions of years for galaxies to merge, the process is long but it is a gorgeous one to observe. An team of astronomers used the extremely powerful telescope called Atacama Large Millimetre Array (ALMA) to observe the collision between two galaxies that both have supermassive black holes. Above is the images that were taken with ALMA.

The images don't show the black holes as its extremely difficult to take images of them. But what we can see is all of the light and gas that has failed to escape their ridiculous gravitational pull. That gas that's surrounding the black hole is feeding the black holes, causing them to grow larger and larger as gravity moves both the galaxies closer together to form a new galaxy called NGC 6240. 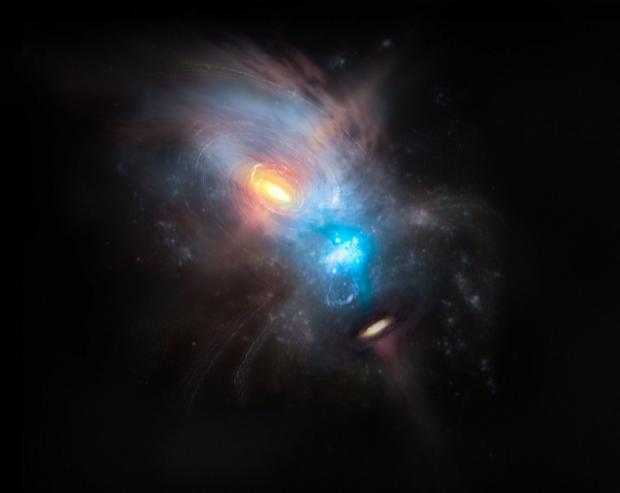 Above is an artist's impression of the merging NGC 6240 galaxy.

There Was a Black Hole that Swallowed the Universe