Back in April last year, humans achieved something had never done before - taking an image of a supermassive black hole. Now, that black hole has been caught emitting jets that are traveling close to the speed of light. 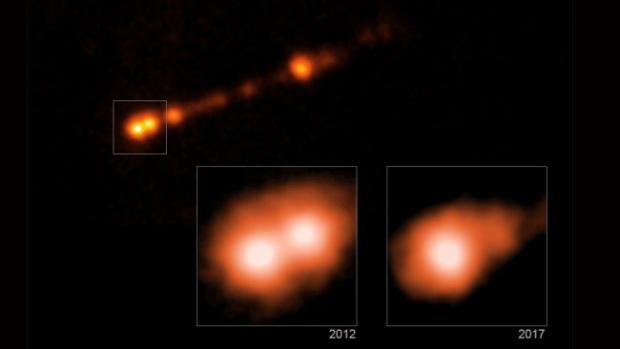 The X-ray data indicated that some of the particles that were moving in the jets were traveling faster than the speed of light. While that might sound impossible, it's only possible because of the phenomenon known as superluminal motion. Brad Snios, a postdoctoral researcher at the Harvard-Smithsonian Center for Astrophysics, said "The jet travels almost as quickly towards us as the light it generates, giving the illusion that the jet's motion is much more rapid than the speed of light".

If you are interested in reading more on this discovery, check out this article here.

A Black Hole Is Not a Hole