Astronomers have managed to spot something quite unexpected at the outer rims of our Milky Way galaxy -- new stars forming. 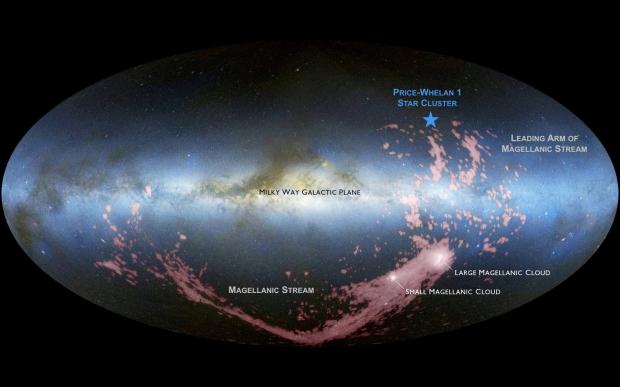 How is this happening? According to Price-Whelan and his colleagues who presented their findings on January 8 at the American Astronomical Society meeting in Honolulu, spectral analysis has shown that these young stars are not of this galaxy and are actually from another. This means that these stars haven't formed from material located in the Milky Way, but have instead come from two close dwarf galaxies called the Magellanic Clouds.

Both of these galaxies are currently on a slow collision course with the Milky Way, and it seems that a stream of gas extending from the galaxies is making its way into the Milky Way and forming new stars. Primary discoverer Adrian Price-Whelan, a research fellow at the Flatiron Institute's Center for Computational Astrophysics in New York City, said "This is a puny cluster of stars-less than a few thousand in total-but it has big implications beyond its local area of the Milky Way". Price-Whelan also named the star cluster - Price-Whelan 1.

If you are interested in reading more about this discovery head on over to this link here.