Astrophysicists around the world are looking to the skies at one star, in particular, Betelgeuse, as it's begun to dim, indicating that it could explode relatively soon. 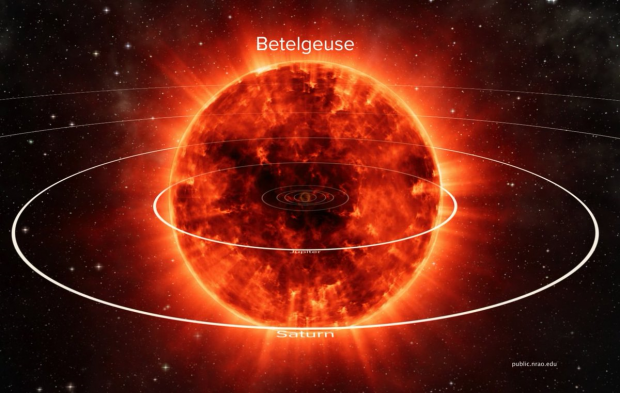 Neil deGrasse Tyson has taken to his personal Twitter account to let the public know that this isn't something anyone should be worried about. Tyson has littered his Twitter page with awesome facts about Betelgeuse, informing the public with information such as Betelgeuse is the "left armpit of the constellation Orion, is mysteriously dimming, having lost 60% of its brightness across the past six months."

He also has said that "Betelgeuse is so large, if you swapped it with the Sun, it would engulf the orbit of Mars and extend all the way through the asteroid belt. No need to panic, but at 700 light-years, it's the closest star to the Sun that will end its life in a Supernova explosion." Tyson also says that Betelgeuse is expected to explode within the next 100,000 years, and the explosion itself will be visible from Earth even within the daytime.