CES 2020 - The Consumer Electronics Show is always a special time of the year, it has some of the most fringe tech out there -- but we also find hidden gems like this: BlackBerry has teamed with Damon Motorcycles on a new EV superbike. BlackBerry is known, at least now, for its Android-based smartphones -- but the original part of its company in Research in Motion (RIM) is here in BlackBerry Limited form, making enterprise software. This software comes in the form of BlackBerry's QNX operating system, which will be the basis for the CoPilot warning system on Damon Motorcycles' new Hypersport Pro Electric Superbike.

The Hypersport Pro Electric Superbike system as a whole will feature radars, cameras, and other sensors that will track speed, and the direction of objects moving close to the bike. The early warning system would warn riders when there is an upcoming safety concern, with BlackBerry promising that the advanced collision system is "highly secure" and that it has "enhanced situational awareness" and provides an "increased peace of mind" for riders.

Damon Motorcycles' Hypersport Pro Electric Superbike will be a limited edition bike, so don't expect to see these in store anytime soon. Although, you'll be able to see it at the BlackBerry booth where there will be a rideable, stationary bike with VR features that will have a virtual road for you to take the bike out on. 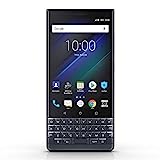