If you didn't know, Capcom is currently hard at work making a Mega Man mobile game. Originally this mobile game was meant to release late in 2019. Unfortunately, that didn't happen.

While it's unfortunate that we didn't get the release of what has been titled as Mega Man X DiVE in 2019, it was for a good reason. Capcom has announced that instead of releasing a half-baked game, they will instead be spending some extra time making some optimization changes.

The current gaming scene is littered with developers releasing games that are poorly optimized and barely finished. So, seeing a developer owning up to what could be better is certainly a grand sight in gamers' eyes. I think I can speak on behalf of many gamers out there by saying that we would much rather wait for a completed titled then receive a title that is half-finished. Mega Man X DiVE is now expected to launch in the "First Quarter of 2020". 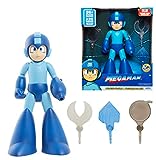