Have you ever seen galactic fireworks? They don't have anything to do with traditional fireworks that use paper, powder and fire. Instead, they use sonic booms and gas. 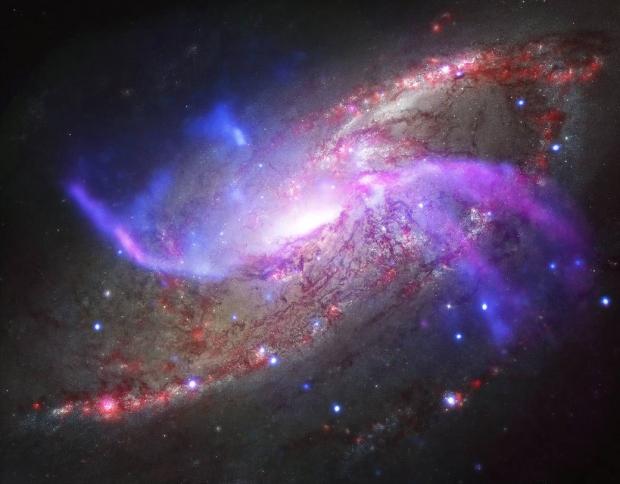 The above photo is of a galaxy in NGC 4258, it's quite similar to our Milky Way galaxy but instead it has two extra spiral arms that flow in X-ray, optical and radio light. A new study using NASA's Spitzer Space Telescope revealed that at the heart of this galaxy a supermassive black hole could be spewing out high-energy particles that then heat up the disk of the galaxy, and create shock waves that are much like sonic booms.

NASA's Chandra X-ray Observatory captured an image that showed many bubbles of heated gas that were equivalent to about 10 million suns. Astronomers observed these bubbles and concluded that gas that was originally in the disk of the galaxy had been heated and then catapulted out into different regions of space.

Guardians of the Galaxy (Plus Bonus Features)