AMD has been cooking up a kick-ass successor to Navi with a 2020 flagship GPU that is being referred to as Navi 21, with the second-generation RDNA family coming on the new 7nm+ process node. 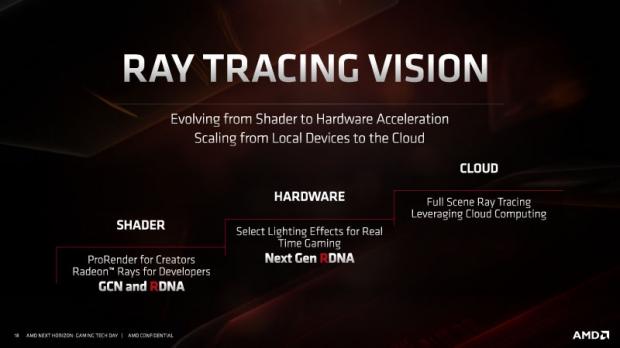 Navi 21 will be a large GPU with new rumors pointing to it packing somewhere between 15-16 billion transistors, which makes it bigger than Vega 20 (13.2 billion) and Navi 10 (10.3 billion). But the bigger news here is that AMD's new flagship Navi 20-based graphics card would feature 12-16GB of GDDR6 memory on a much wider memory bus.

The new rumors have AMD possibly using a wider 384-bit or 512-bit memory interface, something that would enable much more memory bandwidth with GDDR6 memory. Previous rumors suggested AMD would tap higher-end HBM2E memory, packing between 16-32GB of framebuffer.

The new Navi 21 GPU will have hardware-based ray tracing, exactly the same as the Turing GPU from NVIDIA. We should see something in the first few months of 2020, but I would guess we'll see a mix of GDDR6 (on consumer cards) and HBM2/E on the server/datacenter solutions.