Intel has its Xe GPU still cooking in the oven, as it does with its upcoming Tiger Lake CPUs -- but now we have some more details on the Xe DG1 GPU itself. 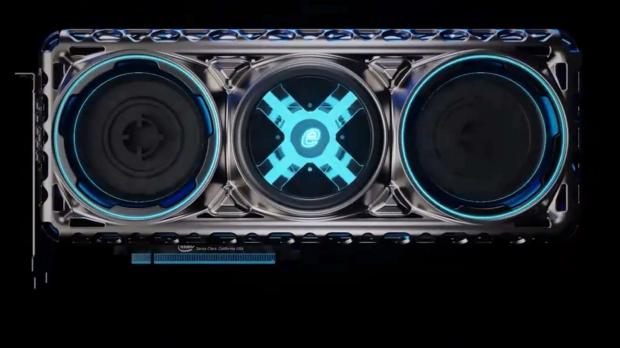 VideoCardz is reporting the latest leak on Intel's new Xe DG1 GPU from a leak from the EEC, which shows us that DG1 could sport 96 Execution Units, and up to 768 shading units. This would mean Xe DG1 is a very entry-level graphics solution, something along the lines of integrated graphics now -- or up to a GeForce GT 1030 (yeah, the one without the X).

We are to expect Intel's Tiger Lake to roll out with 96 EUs based on Gen12 Xe graphics, compared to the 72 EUs on Skylake, 48 EUs on Broadwell, and 40 EUs on Haswell. We should expect more news on Xe and DG1 at CES 2020, which is right around the corner.