NASA has announced that its experiemental supersonic X-59 jet has been approved for assembly. This jet could pave the way forward for commercial supersonic air travel. 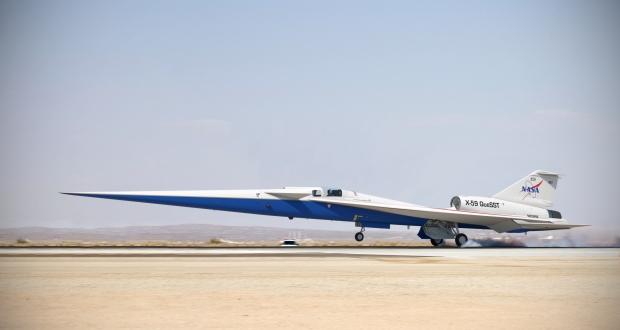 The shape of the X-59 is to reduce the loudness of a sonic boom when the craft reaches those speeds. The idea of behind the design is to take that 'boom' and convert it more into a gentle thump, no louder than a car door being closed. According to NASA's website, the X-59 will be flown over US communities to generate data from both sensors and people on the ground. With this data, regulators will be able to create new guidelines for commercial air travel.

The X-59 Quiet SuperSonic Technology or QueSST for short is designed by Lockheed Martin in partnership with NASA. The first test flights for the craft could take place as soon as 2021. For those wondering what 'supersonic' speed is - the speed range of an aircraft travelling faster than Mach 1.3. For reference, Mach 1 is the speed of sound (343 m / s or 767 mph).