The new next-gen Xbox Series X is like a little vertical shoebox (or a fridge, or a humidifier) that's anything but flat. So how much room will it take in your living room? A new render gives you an idea. 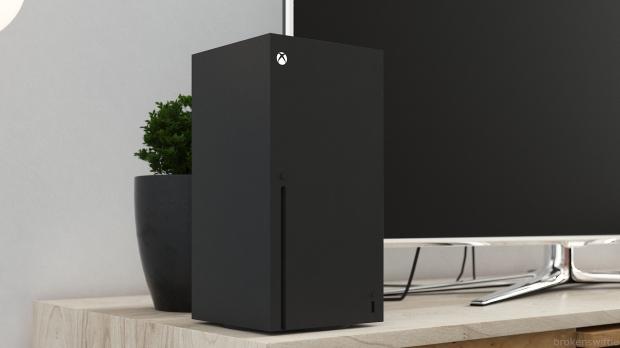 Now that the Xbox SX's dimensions have been guesstimated, there's tons of renders and size comparisons floating around. Just a bit ago we saw a neat interactive render comparing the Xbox Series X to current-gen consoles, desktops, a Switch, and even a Mac Pro. But what about an actual environment? How big is the Xbox SX compared to your TV or entertainment center? 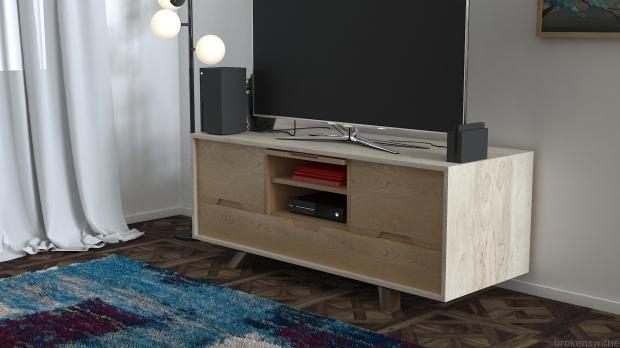 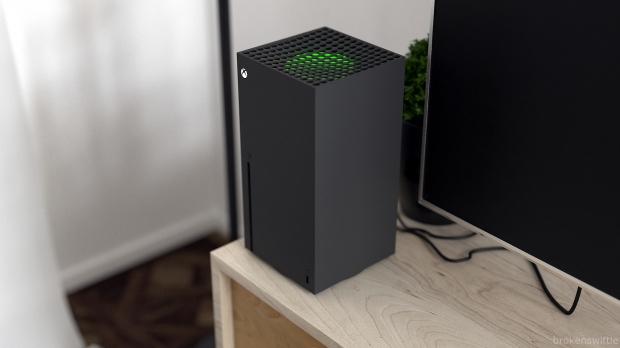 Yes, the Xbox SX is pretty sizable, at least compared to the console shapes we know. Venture Beat aptly described the Xbox SX as "two Gamecubes taped together," and that still stands today. Granted these images are based on console when it's standing--Microsoft confirms it can also lay on its side like a footlocker.

The shape is likely less to do with a striking appearance and more of a design decision. The Xbox Series X will feature some serious high-end specs like a custom 7nm AMD SoC with a Navi GPU (possibly Navi RDNA 2.0) and a Zen 2 CPU, a customized super-fast SSD, and GDDR6 memory. The console will belt out native 4K 60FPS and even upscale games at 8K.

Even with the new efficiencies of the 7nm node and RDNA architecture, it's fair to say the system will need some serious cooling. Hence the design, which compacts things in a stack similar to a mini-ITX build like the Corsair One.