The new Michael Bay movie starring Ryan Reynolds arrived on Netflix just this past Friday, and what you probably didn't notice when watching it was Ryan Reynolds shooting a cameo video on screen in the movie.

Firstly, thanks to Deadly Fun for the side-by-side comparison image, as I can say, I would have never spotted while watching the film. The above image is a screenshot of the video Ryan Reynolds posted to Instagram over a year ago. In this video, he talked about appreciating the stillness and the quiet moments in Michael Bay movies, while behind him an epic car chase is Florence is unfolding.

The bottom image shows Ryan Reynolds recording that same social media cameo video of himself from a different location. To top this all off, at the time of the car chase Ryan Reynolds' character in the movie is being chased by the bad guys. What a hilarious cameo, and surely one of the best of all time. 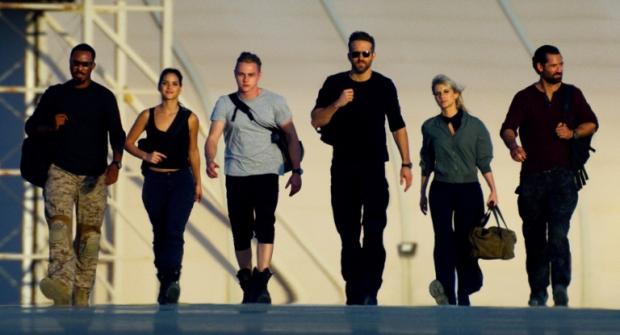