Turn10, the same team that managed to hit native 4K 60FPS in Forza 7 with only 70% GPU usage on the Xbox One X, is currently optimizing the next Forza game for the next-gen Xbox. Expect absolute insanity. 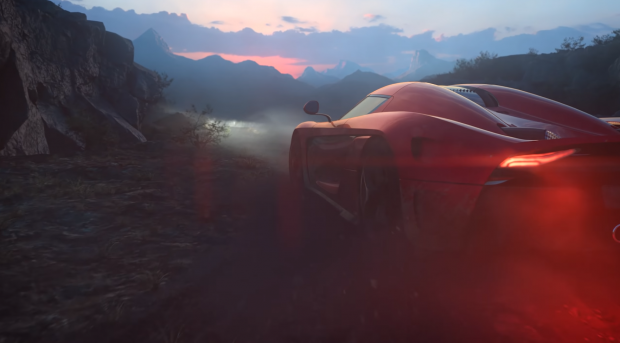 It's no surprise that Turn10 is making a new Forza game. Not only was it shown in the Xbox Series X announcement, but big marquee Xbox console launches usually get their own Forza game to sell crazy high-def graphics. What is a surprise is all the new systems that're being baked into the "vastly different" sequel.

In a recent Mixer stream, Turn10 creative director Chris Esaki confirms the game is already playable on the Xbox Series X and has some nifty fine-tuned enhancements this time around. While we didn't get exact info on how the new Forza game will tap the Xbox Series X's 12TFLOP GPU or super-fast VRAM-buffering SSD, Esaki did highlight new pressure systems that add a new dimension to gameplay.

"The overall experience of the product is so vastly different and amazing that these things are so low level, but I think people will be interested to hear it," Esaki said.

"It's been a hard road to get to where we are today. The studio got a first chance at actually playing this new experience all day long. We had a great time with it. We experienced our new tire model, our new tire pressure model.

"We have a new way that heat interacts with tire pressure and we actually dynamically track temperatures, we have dynamic rubbering-in on the track, we have a new atmospheric pressure system that accurately affects things, like air density affecting air dynamics and power as well as the tire pressure.

"We also have an entirely new suspension system with new modeling. These are just a ton of things under the hood here, and I'm missing about 15 other things that are all under the hood."

Esaki says new info will drop in 2020, and rightly so. The new Forza game will be a launch title for the Xbox Series X and should push the console well past its limits. Expect to see native 4K 60FPS and maybe even some 120FPS with upscaling, not to mention super-quick loading times thanks to the customized NVMe SSD.

Turn10 has worked serious magic with the Xbox One X in the past and Forza 8 should be no different this time. The team was also likely instrumental in helping shape the Xbox Series X's hardware and software capabilities.

Microsoft's Xbox Series X will release holiday 2020, and Forza Motorsport 8 should be a launch game for the system.