Scientists assume that one of the main building blocks of life is water, which is why astronomers and scientists alike have been searching planets for it. 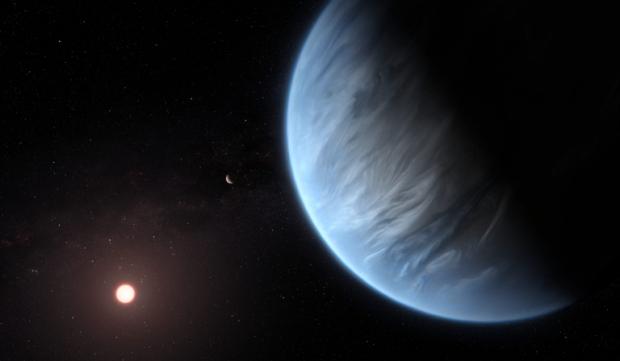 The main searches are in the "goldilocks zone" which is the area around a star where the temperatures are close that of Earth's or fall under the potentially habitable category. A team of scientists from the University of Cambridge looked into the atmospheric observation data of nineteen exoplanets in an attempt to try and figure out if their atmospheres could lead to the planet containing water.

The exoplanets ranged hugely in size, some being as big as six-hundred Earth masses on the higher side, and some being around ten Earth masses on the lower side. What was found was that water is much more common on these exoplanets than previously thought, but not in high quantities. Dr. Nikku Madhusudhan, who led the research, said, "We are seeing the first signs of chemical patterns in extra-terrestrial worlds, and we're seeing just how diverse they can be in terms of their chemical compositions. It is incredible to see such low water abundances in the atmospheres of a broad range of planets orbiting a variety of stars."