With the likes of PlayerUnknown's Battlegrounds (PUBG), Fortnite, Apex Legends and many other battle royale games doing the rounds -- it wasn't going to be long until driving games received a battle royale mode. Forza Horizon 4 is now included in that list with "The Eliminator" mode... check it out:

Forza Horizon 4's new The Eliminator battle royale game mode sees 72 players starting the round, where you'll need to beat them in one-on-one races. You begin with the basic Mini Cooper, and then after each round you'll earn better cars or if you scour the map you'll find car drops around with better vehicles to ride.

The map is shrinking just like other battle royale games, so you'll need to keep racing until you're the only one left -- and cross that final finish line. It doesn't sound too bad at all and not some 'me too' battle royale game as developer Playground Games has been working on The Eliminator mode since before the official release of Forza Horizon 4. 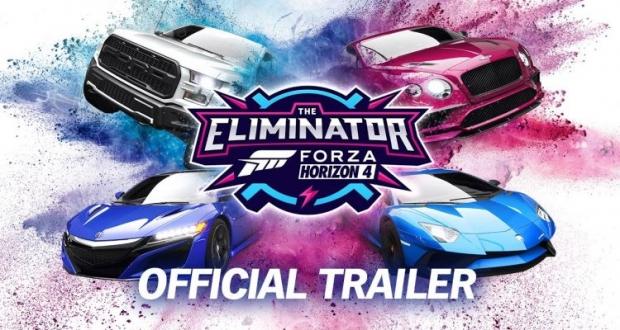