I binge watched the entire first season of Amazon's superhero TV show 'The Boys' on my way to Qualcomm's annual Snapdragon Summit, and it quickly became one of my all-time favorite TV shows. The teaser trailer for season two just dropped, and boy does it look good:

The Boys season two teaser trailer opens with Homelander gracefully floating down to the ground, and when the camera focuses on the star of the show -- he's covered in blood. This is no surprise considering how blood-soaked and gory The Boys is, and anyone who watched the first season of The Boys should know Homelander has just done something diabolical.

Homelander is a blend of Superman and Captain America, but evil -- pure, pure evil -- while the rest of 'The Seven' which is really a f***ed up version of Justice League, is equally as bad. You'll have to watch the show to get it, and I don't want to do any spoiling here either. On top of Antony Star as Homelander which he plays absolutely perfectly, he's joined by the awesome Karl Urban who plays an even-more-awesome Billy Butcher, who is incredible in the role.

Amazon hasn't said when season two of The Boys will debut, but it will drop sometime in 2020 exclusive to Amazon Prime Video. 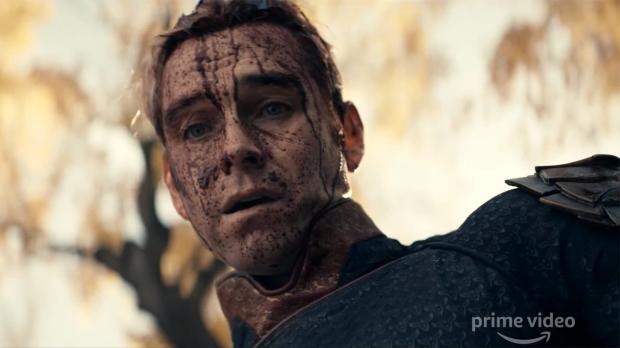