Who's excited for the next episode of Rick and Morty? I know I am, which means I'll be tuning into episode 4 this Sunday at 11:30 pm. But first, let's check out the released teaser.

Summer then asks Rick "are you gonna slay it?", Rick then turns around and says, "first off, I always slay it, queen." Then he says, "and secondly, yes." Does it seem that Rick could be referencing Game of Thrones in that sentence? Regardless, he heads down to the basement where Morty's dragon is (which looks extremely similar to The Hobbits Smaug with all the gold it's sitting on), the dragon then breathes fire at Rick. Rick then sarcastically pretends how he didn't think about how dragons breathe fire and uses a hologram to outsmart the dragon and jump on its back. 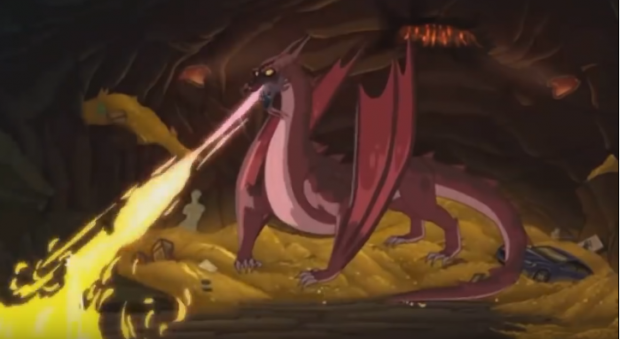