NASA has released a brand new stunning photo of our Milky Way galaxy, and its reflection over the world's largest mirror. 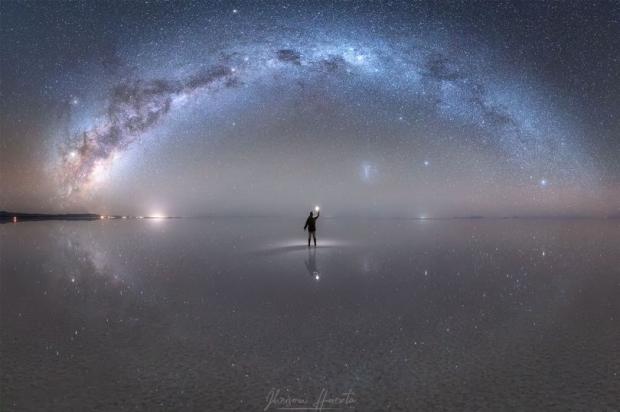 The image which has been released in NASA's Astronomy Picture of the Day was taken by photographer Jheison Huerta. So, where is the 'world's largest mirror', and what is it exactly? The 'world's largest mirror' is actually not a mirror at all, it's the Uyuni Salt Flat in Bolivia. Since the salt flat is large and extremely flat, after rainfall, it begins to glisten and reflects any light that hits it, creating the mirror effect.

NASA also explains what Huerta has captured in this incredible image, saying " What's being reflected in the world's largest mirror? Stars, galaxies, and a planet. Many of these stars are confined to the grand arch that runs across the image, an arch that is the central plane of our home Milky Way Galaxy. Inside the arch is another galaxy - the neighboring Large Magellanic Cloud (LMC). Stars that are individually visible include Antares on the far left and Sirius on the far right. The planet Jupiter shines brightly just below Antares." 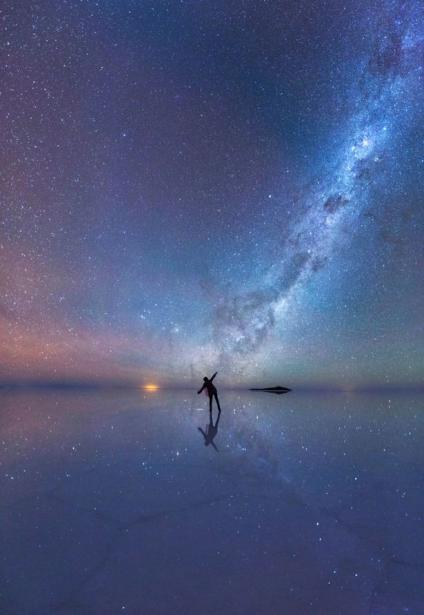 Boliva's Uyuni Salt Flats are an extremely popular tourist site, attracting over 100,000 visitors every year. National Geographic says, " Bolivia's Salar de Uyuni is considered one of the most extreme and remarkable vistas in all of South America, if not Earth."