Bill Gates certainly has some dollars in the bank, and since he stopped working full-time at Microsoft back in 2008, most of those dollars have been going to charity and his philanthropy ventures. Despite that, Gates has reclaimed his seat as the world's richest person. According to Bloomberg, as of November 16th, Gates has de-thrones Amazon head Jeff Bezos for the world's richest person seat. Gates, who is worth around $110 billion, took the lead ahead of Bezos, who is worth approximately $109 billion. Over the course of the years, Gates has distanced himself from Microsoft while still maintaining a hefty amount of the companies stock. Throughout his distancing, he has been replaced as the world's richest person on numerous occasions by; Warren Buffet, Carlos Slim, and Jeff Bezos.

Bloomberg says that Gates now 1st position is due to Microsoft earning $10 billion from a Pentagon contract, which ultimately raised their stock price. The contract was for cloud computing services for the Defense Department's Joint Enterprise Defense Infrastructure (JEDI). Back in June, the Microsoft stock price was at $136, now the current price for the stock is sitting at a solid $150. Microsoft are also planning on releasing their next-gen Xbox soon, so they could increase stock prices further, which would then give Gates a more sturdy lead. 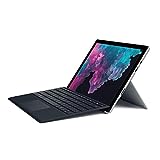