A new listing has been spotted on a gaming retailer website that indicates that Metro Redux is coming to the Nintendo Switch. 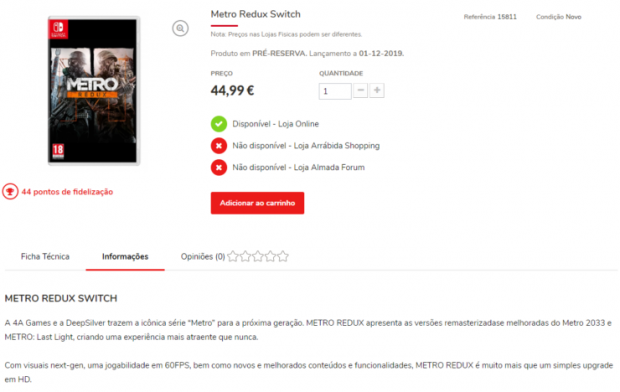 For those that don't know, Metro Redux is a definitive edition collection of two Metro titles and was originally released back in 2014 for the PC, Xbox One and PlayStation 4. The two Metro titles are Metro 2033 and Metro: Last Light, the collection also came with all the attached DLC content as well as some graphical improvements.

The website that has listed the title is GamingReplay, and according to their listing Metro Redux will be coming to the Nintendo Switch for 44.99 pounds, or $55. There has been no official announcement for Metro coming over to the handheld console, but the listing contains the box art for the title which suggests that it could certainly happen.