The 2020 Tokyo Olympics is gearing up to pioneer some of the biggest technology leaps, from Intel saying they are going to be using 3D athlete tracking technology, to now automated buses for transport. 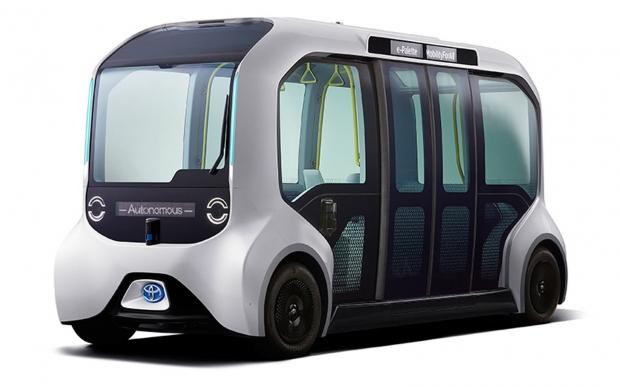 Toyota has announced that they will be supplying 20 of its e-Palette electric vehicles (which look like mini-buses) to both the 2020 Tokyo Olympic and Paralympic Games. The e-Palette vehicles will serve as automated transportation for athletes, and will cruise through the athletes' village in a loop at a very reasonable 12 miles per hour.

Each of the vehicles will have a safety manager on board and Toyota also mentions that the vehicles have been equipped to house the needs of all of the athletes. According to the press release, Toyota say that the vehicle can transport up to 4 wheelchair passengers at once while also providing easy access via an electric ramp and large opening doors. The 2020 Tokyo Version of the e-Palette is specifically designed for mobility, and will serve as the best-friend to any athlete that needs it.

In other news about the 2020 Tokyo Olympics, Toyota also said that they want a flying car ready, possible? Perhaps not, but they can certainly try! More on that here.

The Toyota Way: 14 Management Principles from the World's Greatest Man