G.SKILL today announced its new 32GB single DIMMs or memory modules. The new 32GB DIMMs allow for much higher memory density for your PC and more overhead for heavy task loading. As games and photoshop, along with other conventional usage models, increase, the need for more memory starts to become apparent. Let us not even get into the realm of Google chrome, and the fact that you would probably never need to close a tab ever again. 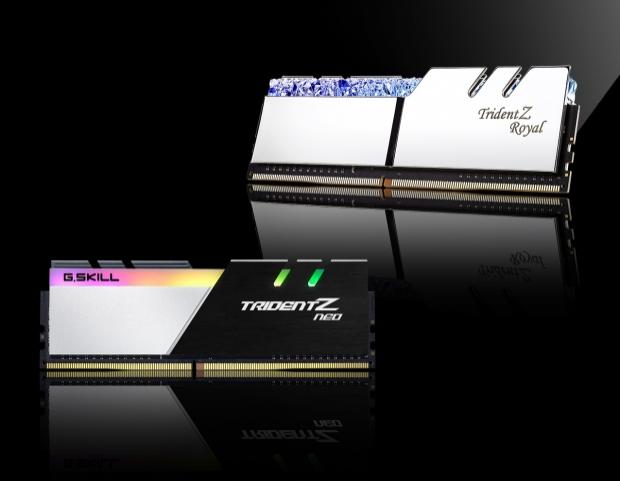 G.SKILL, however, is not merely releasing some low-speed kits to appease the masses; as you can see from the chart above, they have kits ranging up to 256GB at 3200MHz and up to 4000MHz at 128GB. This needless to say is insane speed but is possible with the right platform and some luck in your IMC. These new kits up to 4 DIMMs can be applicable for Ryzen 3000 platforms, but do be aware that with the extra stress of higher density DIMMs, some tuning may be required if your IMC is not playing nice with them. Also, we all know that Threadripper 3000 is coming soon, and so the kits you see demonstrated on X299 at up to 256GB will likely slot right over to working on the new better memory controller packaged on all Zen 2 chips thus far. 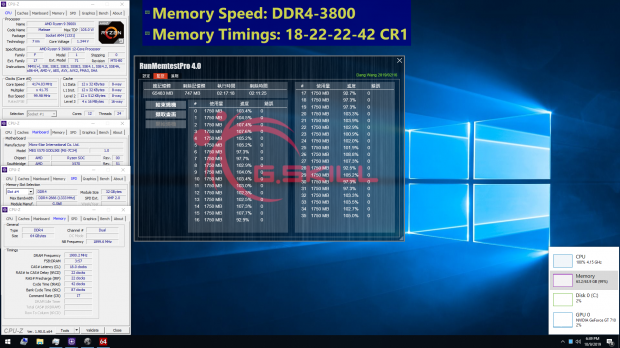 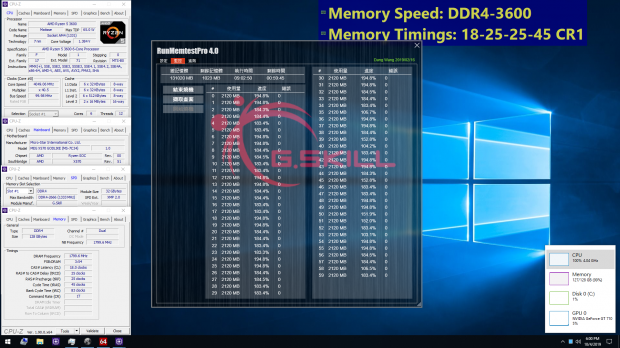 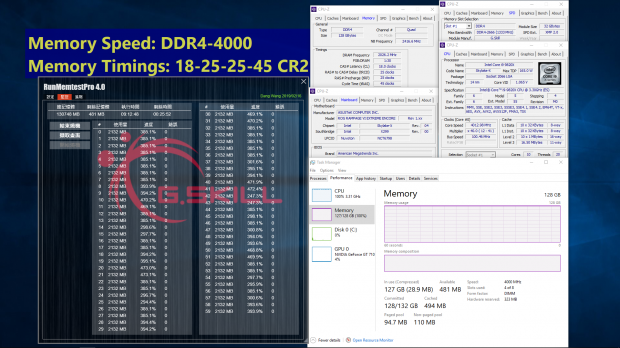 Now for quad-channel, we jump to X299 with the DDR4 4000 kit. The kit is once again four modules at 128GB (4x32GB) and spec'd to 4000MHz CL18, but on X299, it is forced to run command rate 2. I am interested to see how the 4000 kits would run on a Ryzen X570 platform, but that would likely push you well outside of matching 1:1 FCLK and would see induced latency from this. Seeing four DIMMs at 4000MHz and such high density is promising for future performance memory needs. 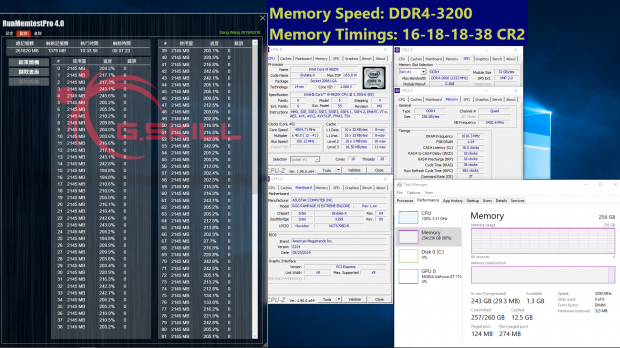 The last demo shot from G.SKILL is the grand finale at 256GB (8x32GB). This kit is running on the same X299 platform and is running at 3200MHz CL16 and a command rate of 2. Being that DDR4 256GB kits were all but unheard of until recently in the consumer space, this is an excellent new entry into enthusiasts PC offerings. Do you require 32GB DIMMs? If so, sound off in the comments and let us know what you would do if you had one of these new uber density kits.