Kingston is a well-known name in the memory game, but some may not be aware that they also hold a powerful position in the SSD storage space as well. 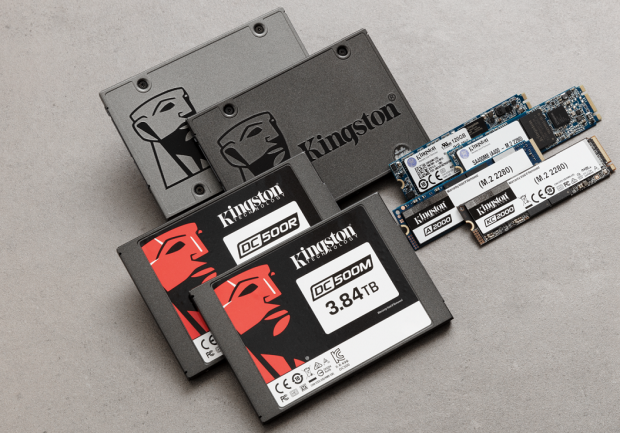 Kingston has been in the flash storage game since the onset of the consumer SSD. Many may think of Samsung when thinking storage, without realizing that an industry stalwart such as Kingston while being the less celebrated holds a lot of the cards in the market.

According to a recent report from TrendFocus, Kingston has already surpassed the 13.3 million unit sales in the first half of 2019. 13.3 million in an economy of scale may not seem like much, but in reality, that is 11.3% of the total SSD purchases globally. Kingston's market presence goes into every facet of the PC flash storage realm from base consumer 2.5" drives which they currently are reported to hold over 27.3% of the market share. To the enterprise/data center market which Kingston is already within and picking up steam.

Kingston's presence in the data center market is scheduled to grow over the remainder of 2019 and beyond with new enterprise-level units such as the DC1000M U.2 model joining the lineup.

Do you have or have you had a Kingston SSD in any of your builds? And what was your experience with them vs. other SSD models you have tried?