A new report out of The New York Times has connected the use of Facebook Messenger to the reports of child sex abuse online.

According to "people familiar with the reports" out of the 18.4 million worldwide reports of child sex abuse online, an immense 12 million of those source back to Facebook Messenger. Back in March, Facebook announced its new initiative to make their platform more secure, and while this effort would benefit majority of the user-base, throughout its execution nefarious users would also become more secure.

Encrypting messengers on their own platform would make it much more difficult for the company to track abusers and sexual predators, which would greatly influence the fact that Facebook is the majority holder when it comes to reports on their platform. Zuckerberg said back in March, "Encryption is a powerful tool for privacy, but that includes the privacy of people doing bad things. When billions of people use a service to connect, some of them are going to misuse it for truly terrible things like child exploitation, terrorism, and extortion." 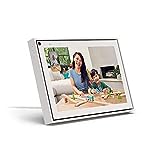