U.S President, Donald Trump recently had a meeting with the Australian Prime Minister, Scott Morison and discussed the future of space exploration. 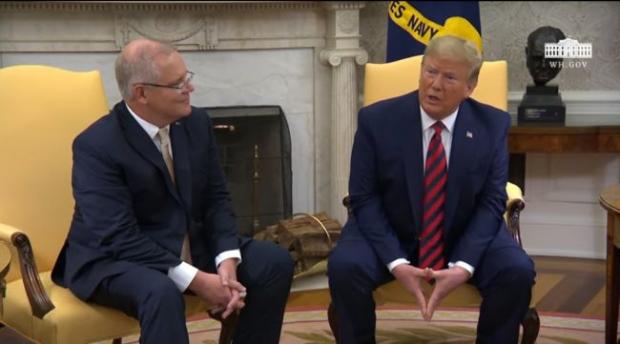 Trump also reinstated that "We're going to Mars" and that U.S space program will eventually take them there, its just a matter of securing the Moon first. For those that didn't know, NASA plan on leaving Earth by 2024 as apart of their Artemis lunar mission, more on that here. Additionally, NASA will be working with other space exploration companies such as Jeff Bezos' Blue Origin and Elon Musk's SpaceX.

Here is what Trump had to say about that, "In addition, rich people like to send up rocket ships. So between Bezos and Elon Musk and others, we're leasing them our launch facilities, which you can't get. And they've actually done very well. They've said they've had great success."

Moon Shot: The Inside Story of America's Apollo Moon Landings