Oppo is able to get to these speeds by using Gallium Nitride (GaN) semiconductors, and is keeping things safe with 5 different safety measures built into the wire, adapter, and the smartphone.

The new 65W charger was also joined by the 30W Wireless VOOC Flash Charge technology which is capable of charging a 4000mAh battery in 80 minutes. This new tech also supports the Qi standard, with power of between 5-10W.

On top of that, Oppo also upgraded its VOOC Flash Charge to Version 4.0 which is capable of charging a 4000mAh battery to 67% in just 30 minutes, or right up to 100% in 72 minutes. Oppo has optimized the VFC algorithm in order to get the charging time for the last 10% reduced, as well as reducing the internal resistance of the entire charging system -- and got the heat down using an active adapter and advanced battery cell design. 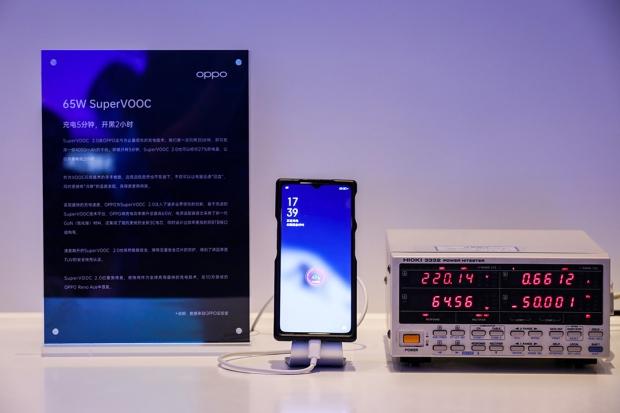