Death Stranding looks like a high-tech fever dream and an evolution of everything Kojima has made up until now.

Hideo Kojima recently showed off an hour of new Death Stranding gameplay at Tokyo Game Show 2019, revealing intricate details behind his new action-based immersive sim. There's a distinct cinematic feel to the entire experience, complete with an otherworldly sci-fantasy visual flair that transcends most sci-fi today. The world is colorful, vibrant, almost dream-like, and the on-screen HUD markers are straight out of a Cyberpunk game.

But mechanically, Death Stranding is basically an action RPG that borrows from Metal Gear.

There's heavy emphasis on stealth, but if you get caught you'll have to fight your way out with guns--or evade danger. The systemic approach is more advanced then MGS with more emphasis on management and preparation. 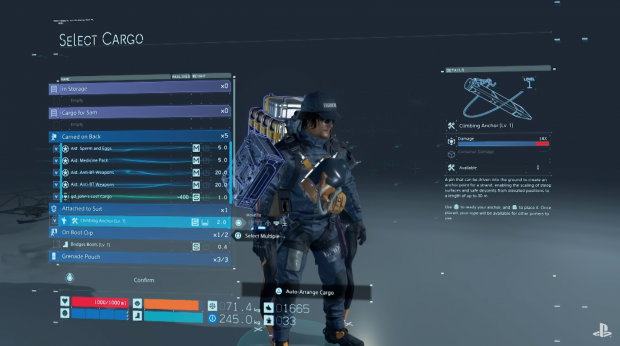 Sam Porter Bridges can equip multiple pieces of gear, just like an RPG, complete with exoskeleton limbs, various weapons, and even nifty cosmetics like sunglasses. Everything does something and Sam can equip various things at once on his back, on his boot clip, in a grenade pouch, and in a utility pouch.

You'll always want to manage the precious cargo load at all times. As meticulous as this sounds, Kojima presents the mechanics in a way that's engaging and visually unique. Everything looks interesting, new, and intriguing. The more stuff you load up on Sam, the heavier he gets and the more you'll have to compensate with specific exo gear, or risk running slower during combat. You can literally equip boxes to Sam's arms and back until he looks like something out of Minecraft.

There's a stamina bar and a health bar that needs to be maintained, and can be refilled by visiting nearby claimed bases. These bases let you swap out equipment, listen to music, and generally act as a home away from home out on the field. There's materials gathering (presumably for crafting) and different ways to interact with the world including peeing on certain locations to sprout mushrooms. 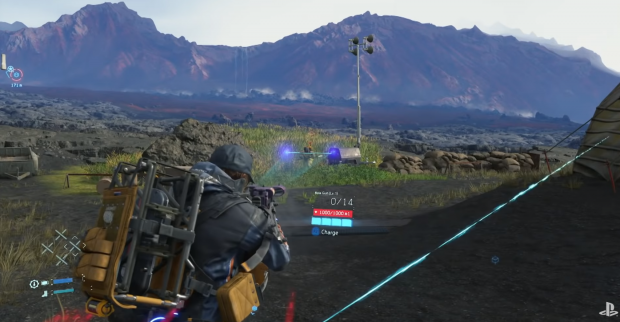 Combat itself can be totally averted if you're stealthy. Sam can sneak up behind enemies and use a new strand weapon to knock them out and take their cargo. Everything you take can be used to fuel your mission.

Sam can also hijack enemy vehicles and zoom around the world in them, provided your engine doesn't get hit with a shock grenade of course. 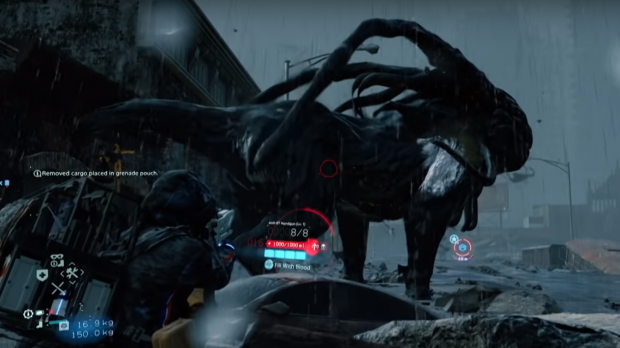 Sometimes you can't avoid fights, like with the hulking BTs (aka Beached Things, aka giant shadow monsters). These monsters actually change the game world and spawn ripping waves of the black tide to disrupt you, and culminate in big boss battles. Standing in the black oil actually harms you over time, but Sam has some interesting weapons to dish out serious damage, like a grenade that makes enemies take extra damage and a crazy-powerful laser gun.

Players will have to use their wits and items to kill the creatures, and upon death, the world is restored and the taint is lifted. 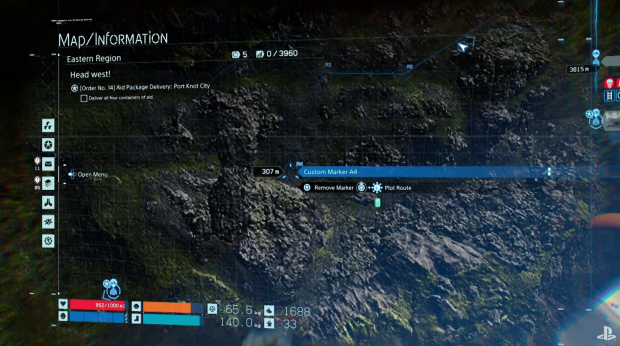 The world itself is absolutely huge. There's a lot to do, and a lot of areas to traverse. You'll get a motorbike to zoom across the world, and can use various things like ladders to traverse huge gaps and ropes to climb cliff faces and repel down mountainous regions.

No info was revealed on the multiplayer framework, but we're betting gamers will be connected to a synced up network across a shared world. I think what one gamer does in the world will be seen and interacted with for everyone connected to the Chiral Network (Death Stranding's online infrastructure).

Everything we've seen so far makes Death Stranding feel familiar, but look totally unique. I for one think it'll easily be the best-selling PlayStation 4 game in 2019 and should be an experience we can chew on for years to come. There's a lot more to see from the Tokyo Game Show gameplay so be sure to give it a watch.