LG pulled out the big monitor guns at IFA 2019 this year, unveiling a trio of new gaming monitors in its UltraGear family of displays. 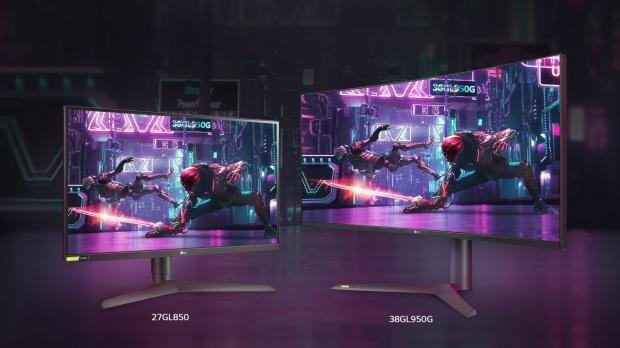 The new displays all have an IPS-based panel with 1ms gray-to-gray (GtG) response time, NVIDIA G-Sync technology, and three resolutions and refresh rates. The first of the threer is the 27GN750 which is a 27-inch 1080p panel with a huge 240Hz refresh rate.

LG's second new monitor is the UltraGear 27GL850 which is based on a Nano IPS panel, is also a 27-inch monitor, but bumps the native res up to 2560x1440. The refresh rate gets knocked down to 144Hz in the process, while retaining its G-Sync and 1ms GTG response time. Both of these monitors have HDR10 support.

But I want to draw your attention to the star of the show: LG's new UltraGear 38GL950G -- the flagship 37.5-inch Nano IPS-based monitor with a larger native resolution of 3840x1600 and impressive 175Hz refresh rate.

There's no pricing on the new UltraGear monitors, but LG says to expect them to launch in the next few months in 'key' US and European markets.