Samsung is expanding its Galaxy Note 10 family as it launches the handset into different markets, and now there's a blockchain-focused Galaxy Note 10 "KlaytnPhone" exclusive to South Korea. 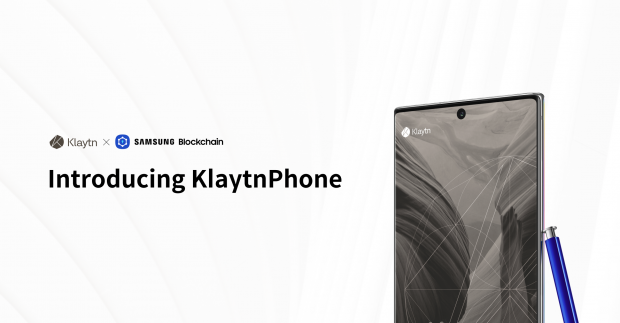 There is still the normal Galaxy Note 10, Galaxy Note 10+ and 5G-capable versions of Samsung's new Note, but South Korea gets the exclusive "KlaytnPhone" version. KlaytnPhone is the name of a blockchain platform made by Kako, a South Korean messaging company.

Samsung's SK-exclusive Galaxy Note 10 KlaytnPhone will have a crypto wallet built-in, as well as blockchain apps pre-installed. Kako will even be providing a "certain amount" of Klay, its own cryptocurrency, with each KlaytnPhone handset sold.

The Galaxy Note 10 KlaytnPhone at a hardware level is the same as the normal regular Note 10, except it is more focused to cryptocurrency enthusiasts in terms of marketing and the built-in apps. I guess it's a "because we can" type of deal from Samsung.

The Wall Street Journal has the story, reporting that the KlaytnPhone will "boast the blockchain platform's full breadth of transaction services".