Huawei is expected to unveil its next-gen Mate 30 Pro smartphone on September 19, alongside the standard Mate 30 -- with a big tease for the higher-end Mate 30 Pro and its purported 4 rear-facing cameras. 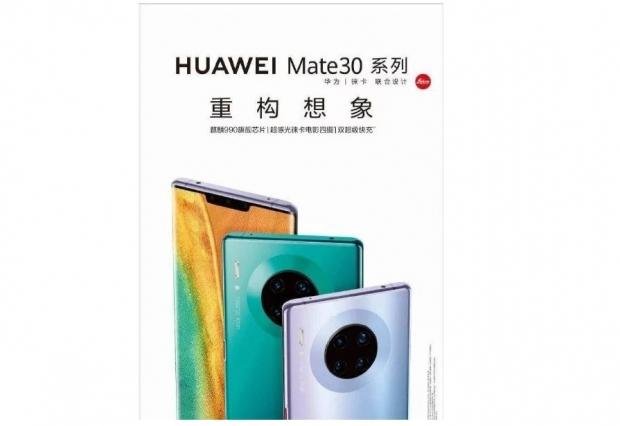 According to the new leaks on Chinese social network Weibo, we can expect a quad-camera rig on the Huawei Mate 30 Pro. The post says (when translated) to the Mate 30 Pro rolling out with a Kirin 990 processor, super sensitive to light with four cameras, and double fast recharge.

So we can expect a kick ass camera setup, a new Kirin 990 processor, and super-fast recharging. That is all OK with me, and brings Huawei up to the level of Samsung and its just-arrived Galaxy Note 10 and Note 10+ smartphones.

Expect Huawei to unveil the new Mate 30 and Mate 30 Pro on September 19.