Cyberpunk 2077 is no doubt of the most anticipated games to release during 2020, and if you are already a hardcore fan then you might want to check out these awesome Cyberpunk 2077 themed sneakers.

The sneakers were snapped by CD Projekt Red's publicist, Fabian Mario Doehla, and shared to his instagram account. The sneakers are a custom design on some Air Max 720 Saturns by FRE Customs and Footlocker.

The shoes were shown off at Gamescom 2019, and everyday some lucky fans of Cyberpunk 2077 were able to win their very own pair. These shoes weren't the only ones that were custom designed and on showcase, we can also see some custom Gears of War 5 Vans, Halo: The Master Chief Collection in Nike Air Max 720's, custom 4 Pirelli-branded Replicat-X for Forza Horizon and more. Cyberpunk 2077 will be launched on the PS4, Xbox One and PC on April 16th. Cyberpunk 2077 recently got some awesome 4K screenshots released, check them out here. 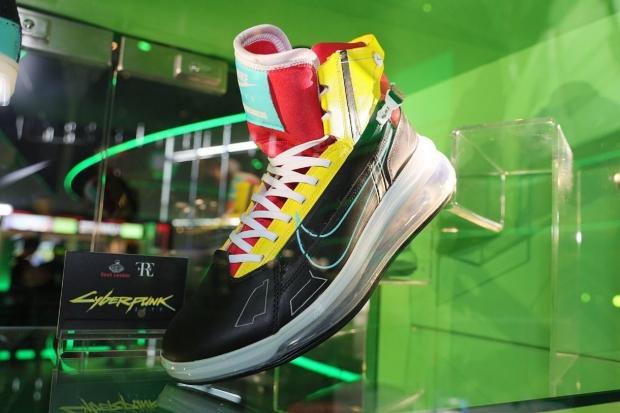