Tim Willits, one of the original pillars of id Software, has traded in his BFG to work on smaller-scale projects at Saber Interactive. 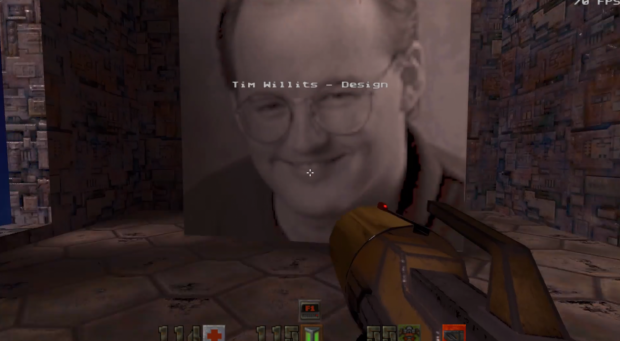 After 24 years of ripping and tearing, Tim Willits is ready for a change. The industry vet today announced his new position as chief creative officer at Saber Interactive, which pretty much gives him free reign in guiding the World War Z developer's entire slate of games. Willits will not only help shape and form current games, but also mold new IPs for the games-maker.

"I am excited to announce that on August 1st I became the Chief Creative Officer of Saber Interactive. I will be leading the creative vision of our five studios around the world," Willits said on Twitter.

So what prompted this move? A recent interview with Fortune gives a bit of backstory to Willits' jump. It really comes down to the flexibility of condensed dev teams rather than big, lumbering groups that constantly need approval from a parent company. At Saber, Willits can execute ideas much faster than at Bethesda, a publisher owned by ZeniMax Media.

"The agility of small teams and the opportunity to get stuff done quickly can't be overstated. I'm not saying anything bad about Bethesda-I love them-but smaller teams are exciting and fun. When someone has a good idea, we jump on it. If it doesn't work out, we change it quick," Willits told Fortune.

Saber Interactive's newest titles include Ghostbusters remastered and The Witcher 3 on Nintendo Switch.