NASA is currently in the midst of building their new rocket that will be taking some extremely lucky astronauts to the moon by 2024. That rocket is now having its final parts installed and the completion schedule is still on track by the end of the year. 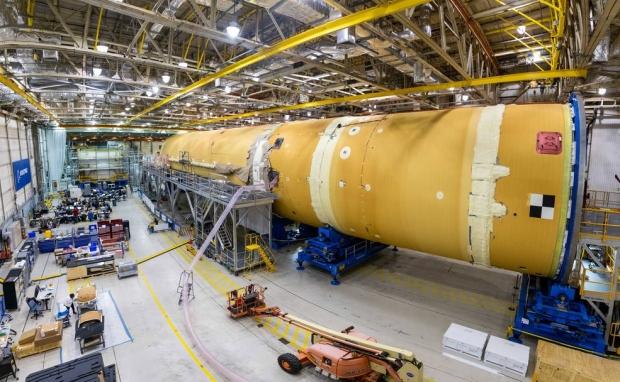 A new announcement has come out of NASA, and this time NASA Administrator, Jim Bridenstine has invited US press to the Michoud Assembly Facility in New Orleans to view the rocket that will be powering NASA's upcoming Artemis 1 lunar mission. According to the announcement, engineers are currently equipping the Orion rocket with its final section to the core stage of the rocket.

This final section has been described by NASA as the most complex part of the building procedure and is actually the most complex core NASA has ever built. Regardless of its complexities, NASA says that they are still very much on schedule for it to be completed by the end of the year. The core's constitution is two liquid propellant tanks and four RS-25 engines, with this combination the rocket will produce more than two million pounds of thrust. NASA plan on landing the first women and the next man on the Moon by 2024.