NASA has used their Spitzer Space Telescope to capture an image of a distant galaxy, with this image scientists can now attempt to gather a better understanding of this galaxy works even though it will be challenging due to its angle. 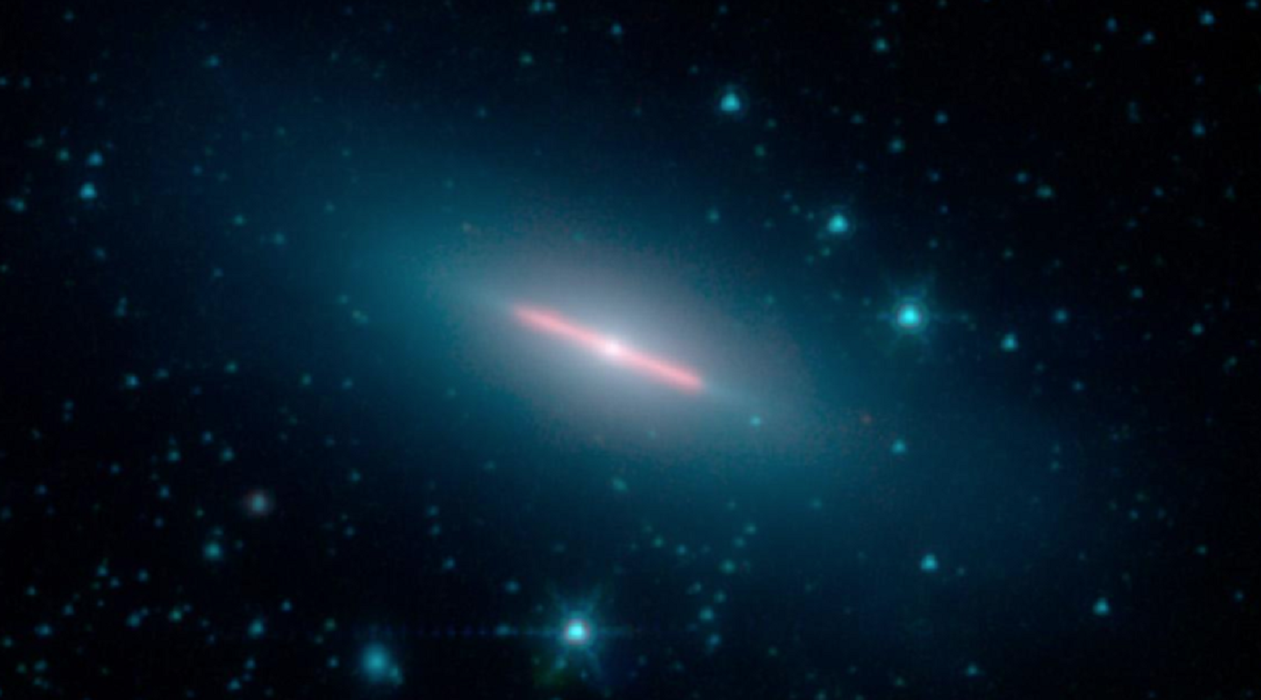 The galaxy is called NGC 5866 and from the image that due to the way the galaxy is positioned we can only see its outer edge. This means we can only see a extremely small fraction of what the galaxy actually contains. According to NASA's Jet Propulsion Laboratory new blog post, scientists are "Trying to learn about the history and shape of NGC 5866 is challenging due to its orientation. Our view of this galaxy is somewhat like our view of the Milky Way galaxy: Because Earth lies inside the Milky Way, we can see it only edge-on rather than face-on."

The blog post continues and says "But our proximity to the rest of the Milky Way has allowed astronomers to reconstruct what our galaxy would look like viewed face-on." A quick history lesson on the Spitzer Space Telescope: This space telescope has been in use for nearly 16 years now which is much longer than its initial mission time. According to NASA, they are planning on retiring the space telescope as it is only operational for a few hours a day since it requires huge amounts of time to recharge.

The Milky Way: An Insider's Guide