Call of Duty players are accustomed to the reward of getting multiple kills via killstreaks. Infinity Ward, has just confirmed that killstreaks will be included in the updated Call of Duty: Modern Warfare.

According to the announcement on the official Call of Duty Twitter page, Call of Duty: Modern Warfare players will be able to enjoy killstreaks in the form of White Phosphorus, Infantry Assault Vehicle and Juggernaut. The White Phosphorus gas brings smoke down on the marked area and confuses and disorientates enemies. The Infantry Assault Vehicle is quite self explanatory, it has a .50 caliber gun on top and can be operated by players.

The Juggernaut suit can be called down via a Care Package and will give players access to the famous heavy suit. This tease comes just before the official full reveal of the Call of Duty: Modern Warfare multiplayer reveal that is scheduled in just a couple of days. Infinity Ward and Activision will be releasing Call of Duty: Modern Warfare on October 25th, 2019 and it will be available on the PlayStation 4, Xbox One and PC. 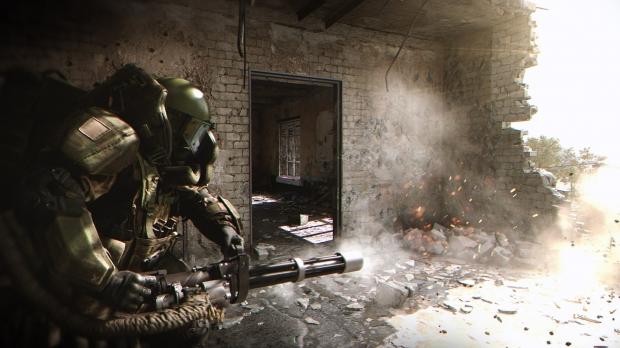