Doom Eternal's latest new boss is an unholy fusion of machine and demon with one purpose: to annihilate the Doom Slayer. 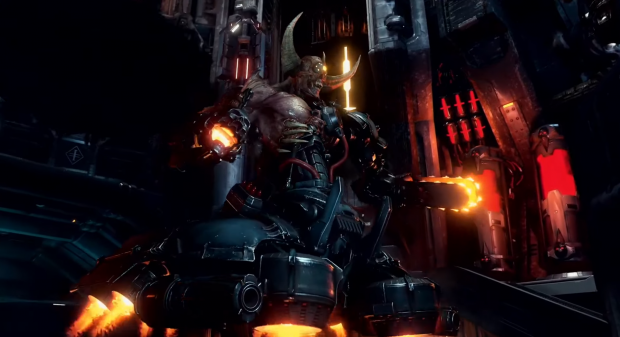 Doom Eternal has double the demons as Doom 2016, and id makes good on its promise for maximum carnage with a new hulking sentinel boss called the Doom Hunter. Unveiled at Quakecon 2019 with some kick-ass footage, the Doom Hunter is basically a terminator created by the sentinel faction--only instead of hunting Sarah Connor, it wants to vanquish the Slayer.

The Doom Hunter somewhat resembles Sabaoth from Doom 3, and has tons of insane weaponry at his disposal including tons of back-firing rockets, a molten chainsaw arm, and a huge cannon-hand. And of course in true Doom fashion, this monstrosity zooms around on a hovercraft with two cannons in the front.