Ever wondered the fastest possible time with a Rubik's Cube? Its not by a human, but of course an artificial intelligence and boy its quick.

Above we have Ben Katz and Jared Di Carlo who have engineered a robot that can solve a Rubik's Cube much faster than humanly possible. This robot can solve a puzzle in just 0.38 seconds, which is the current record on paper. This news came out in March of last year, but now we have a new invention in the artificial intelligence Rubik's Cube solving field. This time, researchers behind DeepCubeA have managed to teach their artificial intelligence through human experience to solve a cube in 1.2 seconds.

While this might not be as fast as Katz and Di Carlo's demonstration, DeepCubeA's AI managed to solve the cube in less moves. This is because the system focuses on using real learning experience and to improve speeds. DeepCubeA equipped their AI with roughly 10 billion different puzzle combinations, this repertoire of combinations allowed for the AI to complete the puzzle in just 28 moves. The average human takes around 50 moves to solve a Rubik's Cube. 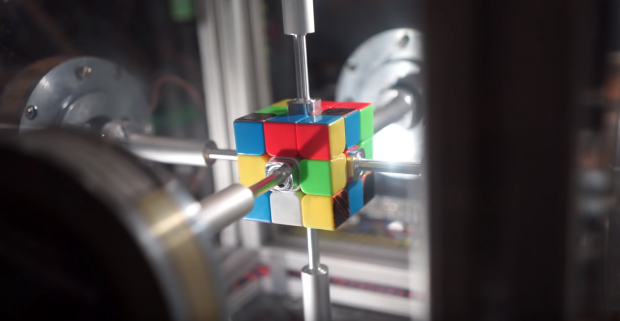