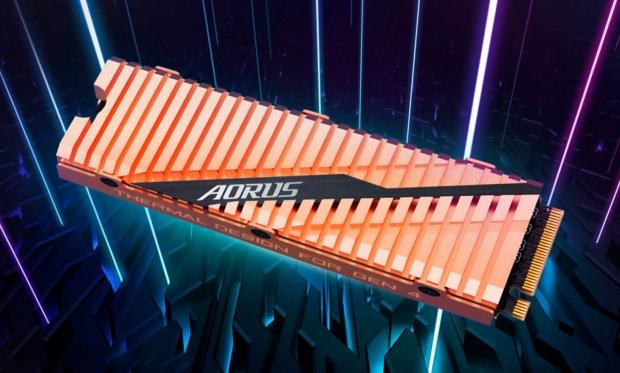 I have one of the new AORUS PCIe 4.0 NVMe SSDs here with me in the 2TB flavor and it is glorious, with GIGABYTE offering up to a huge 5GB/sec in reads and up to 4.4GB/sec writes. The 1TB version will cost $260 while the larger 2TB drive will cost $480. GIGABYTE will be shipping out its new AORUS PCIe 4.0 NVMe SSDs on July 8, the day after AMD unleashes its new Zen 2 processors and PCIe 4.0-capable X570 chipset on July 7.

You'll want to match the new AORUS PCIe 4.0 NVMe SSD with a high-end X570 motherboard and next-gen Ryzen 3000 series CPU, which both drop in a few days time.