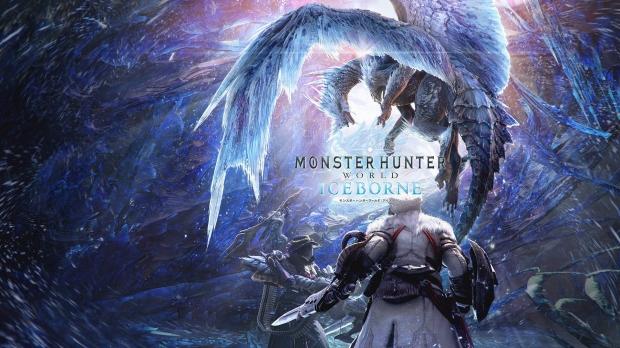 Starting this Friday, June 21 at 6AM EST and ending on Monday, June 24 at 6AM EST, PlayStation Plus users can jump in and try out Iceborne's wintry wonderland of megalithic monsters for free. A second free beta test will be held for all PS4 gamers the following weekend on June 28 through July 1. Gamers won't need to own Monster Hunter World's base version to participate, and Capcom will open up pre-loading soon.

Capcom promises Iceborne will be quite titanic in size and scope. The DLC, which retails for $40, will rival the full game insofar as content, quests, and new additions. It's not just an update, but a fully-fledged expansion complete with new monsters like the frost dragon Velkhana (and some old ones like the Nargacuga), weapons, regions to explore.

Iceborne will be Capcom's sole AAA title released this fiscal year, so expect it to be absolutely massive. Right now Monster Hunter World is the company's cash crop and the team absolutely won't jeopardize it with anything other than an incredible expansion.

Here's what the Iceborne beta will include:

The beta offers players three quest choices, including the beginner-friendly Great Jagras hunt from Monster Hunter: World for newcomers, the brand new horned brute wyvern Banbaro for an intermediate challenge or returning series favorite Tigrex for the fiercest of hunters.

The beta will let players test out all 14 weapon types in any of the three quests and the training area. The weapons include new features plus there are new Slinger tool options such as the Clutch Claw grapple mechanic.

Upon completing each quest for the first time, hunters can earn a total of three item packs containing helpful consumable items that will be available to use in the full version of the Iceborne expansion when it releases. With more monsters and game info to be revealed, this is just the tip of the Iceborne!

Monster Hunter: Iceborne releases on September 6, 2019 for PS4 and Xbox One, with a PC release slated for Winter.

Monster Hunter World: Iceborne is the highly anticipated massive expansion* to Monster Hunter: World , the bestselling Capcom title of all time with more than 12 million units shipped worldwide adding to the series total of more than 53 million units to date. This gargantuan follow-up rivals the gameplay volume from the original release and features a new icy setting, storyline, monsters, gameplay options, and more.

The game's all-new story picks up after Monster Hunter: World and whisks hunters away to the newly discovered chilly locale that, once fully explored, becomes the largest region in World so far. The new locale is home to several new and returning monsters ready to challenge hunters throughout their expeditions, and raises the stakes with the added higher difficulty Master Rank. Iceborne continues the skill-based progression and robust crafting system found in World , and expands that with several new gameplay features that broaden the player's combat repertoire. All this leads to the ultimate hunter test against the mysterious new flagship monster, Velkhana.

Massive Volume of Content - Iceborne builds on every aspect of World with a wealth of new challenges and surprises.

New Story Introduces Hoarfrost Reach Locale - Picking up the plot from World , hunters will travel to a snowcovered terrain which progressively expands with the story, eventually becoming the largest region in World so far.

New and Returning Monsters - The new locale is home to brand new frigid climate foes as well as returning fan favorites joining the Monster Hunter: World lineup. Leading the pack is the new flagship monster Velkhana, an elder dragon with powerful ice attacks that is a pervasive threat in the new story.

Added Gameplay Mechanics Deepen Combat - Options for the Slinger tool have been added including a Clutch Claw grapple move and Flinch Shot that stuns monsters. With the new ability to use the Slinger while the main weapon is drawn, new strategies and opportunities are available for combat.

Expanded Weapon Options - Each of the 14 weapon types will get new features, offering new depth to master.

New Gear and Items to Craft - Added monsters means hunters will have new materials from which to craft equipment as they take on new quests and challenges throughout Hoarfrost Reach.

* The Monster Hunter: World base game is required and while Iceborne players will be able to enjoy some of the gameplay options such as the Slinger and weapon updates right away, they must have completed the main story through Hunter Rank 16 in order to access the new Iceborne story and quests.