E3 2019 - Nintendo has just finished up their Nintendo Direct and Super Smash Bros. Ultimate players couldn't be happy with the results, a fan-favorite character will soon be available to brawl with.

Nintendo has cleaned house with their Direct this year at E3, and to cut right down to the cheese for Super Smash Bros. Ultimate players we have a new addition to the roster. This character needs no introduction as most of the Smash Bros. community has been screaming both their names for quite some time, Banjo-Kazooie has joined the fight.

So the rumors/leaks were true and my prediction was off. I'm happy Sakurai and the team at Nintendo listened to the community and once again added a character that most people wanted, because of this I haven't been this happy to be wrong in quite some time. The above video has been skipped to the reveal of Banjo-Kazooie and we can see some brief gameplay of the character as well as his dedicated map. Banjo-Kazooie is going to arriving sometime during Autumn of this year. As more information is released, I will be sure to update you. 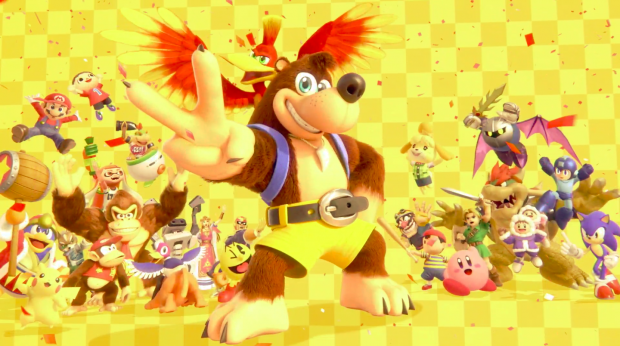