Elder Scrolls Blades is coming to Nintendo Switch this Fall, Bethesda announced, complete with cross-play and cross-progression with the smartphone flavor. Blades taps into the Switch's hybrid form factor and melds it uniquely with mobiles, and allows gamers to start on one platform and pick up on another. Gamers can fire up Blades on their iOS or Android device, then pick up right where they left off at home on the Switch.

Blades on Switch will support full motion controls via JoyCon tracking, similar to Skyrim. It'll be free-to-play and heavily monetized with weird time-saving microtransactions when it releases.

The goal here is clear: Bethesda is embracing service games and accessibility in a new way. By opting for cross-progression in a F2P platform, they're cementing the experience more firmly to gamers who already own specific devices. The idea is to make it as widely available as possible to ensure long-term play, as well as long-term paying. 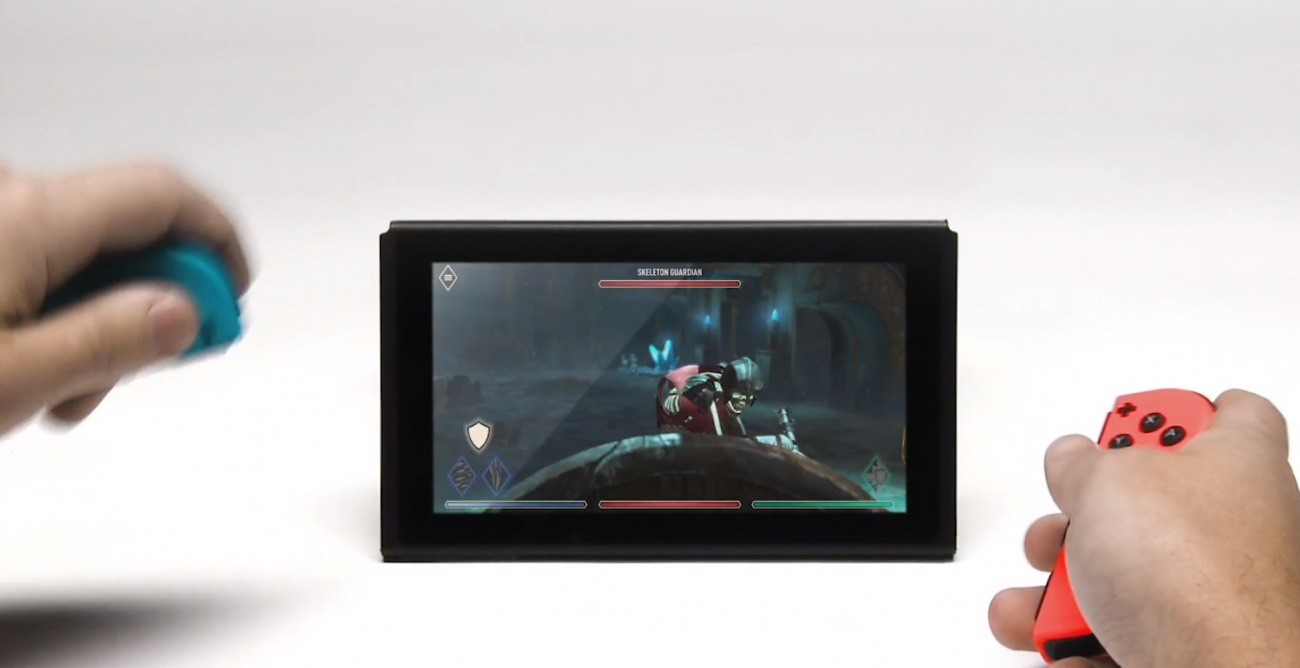