Twitch and Riot Games are partnering up to bring both League of Legends players, and Twitch Prime subscribers a bunch of free in-game League rewards. I mean who doesn't like free stuff, right? 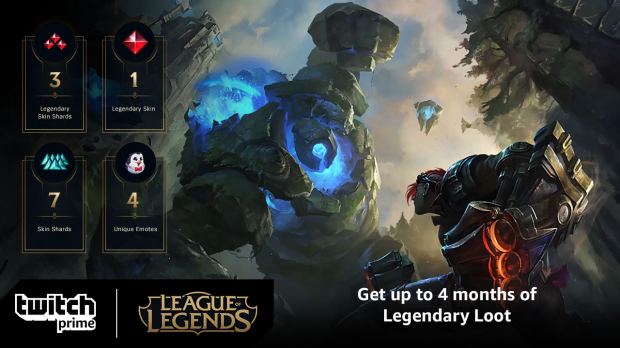 Riot Games and Twitch are deciding to tag-team together so they can work in unison on bringing gamers the best experience in game watching possible. To do this, Twitch Prime members will be able to claim up to four separate capsules that contain "random Skin shards, a random Legendary Skin shard, and Unique Emote".

After the player claims the first capsule 'Rift Herald Capsule' they will automatically receive another one every 30 days for four months straight. The following capsules are "Rift Herald's Capsule, Red Buff's Capsule, and Blue Buff's Capsule, followed by a Baron's Capsule". It should be noted that the final capsule includes a "random Permanent Legendary Skin on top of another random Skin Shard and exclusive Emote." Players will have until August 28th, 2019 to claim their first capsule, head on over to the website here to claim your free loot.