We are only one day out from the release of Mortal Kombat 11 and NetherRealm Studios has decided to drop a brand new gameplay trailer for the recently leaked fighter Frost.

Last week, an image of Mortal Kombat 11's full fighting roster was leaked out and we saw that Frost was going to be included. Now, NetherRealm Studios has released the above gameplay trailer of Frost which has officially introduced her into Mortal Kombat 11. Frost is an old returning character, and was first introduced into the Mortal Kombat franchise as Sub-Zero's apprentice in Mortal Kombat: Deadly Alliance.

Frost seems to be somewhat like an android or perhaps, more accurately, a Frost Cyborg. She uses a combination of very fast attacks that include her conjuring frost weapons to press her advantage, or even taking her own head off to use as a frost grenade. Frost seems to be best suited in mid to close range combat, using her weapons as a kiting tool players will be able to run frost rings around their opponent if they correctly utilize all of the options her kit displays. Mortal Kombat 11 is coming to the Xbox One, PS4, PC and Nintendo Switch on April 23rd. 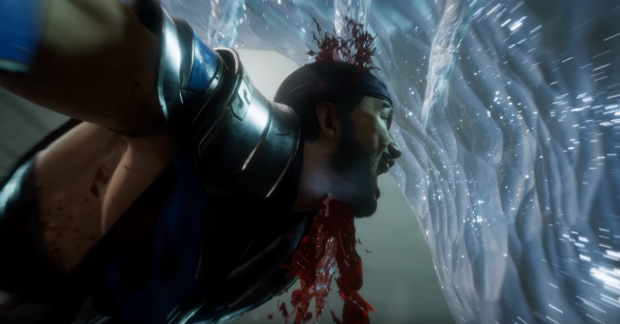