It was close to 6 months ago that NVIDIA first showed off the gorgeous RTX features for Shadow of the Tomb Raider, and now in March 2019 we're finally getting an update to the game that provides these features. 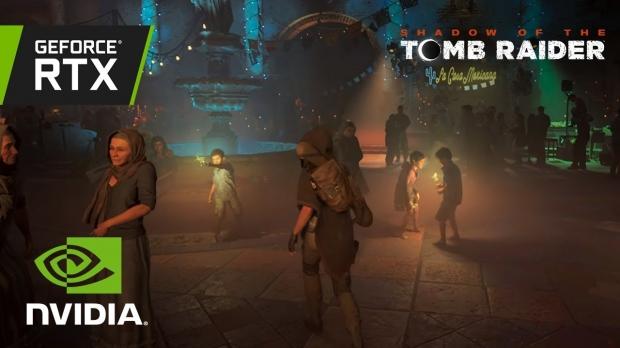 A new update is being pushed out for Shadow of the Tomb Raider that adds both RTX shadows and DLSS technologies into the game. You'll need the very latest version of the game, the very latest version of Windows 10, and the GeForce 419.35 or higher drivers to get it working. The developer notes: "While we expect this patch to be an improvement for everyone, if you do have trouble with this patch and prefer to stay on the old version, we have made a Beta available on Steam, Build 279, that can be used to switch back to the previous version"

There's a surprise here remember, since NVIDIA only just yesterday announced that RTX abilities will now work on previous-gen GeForce GTX series graphics cards with a new driver dropping next month. This means you'll be able to enjoy some RTX/DLSS abilities in Shadow of the Tomb Raider with a GTX 10/16 series graphics card.