Blizzard is finishing up with its PTR fun with Overwatch's latest hero Baptiste, which will make his full debut into the game's competitive mode on Tuesday, March 19.

The official Overwatch Twitter account teases it, as you can see above, saying that "Baptiste reports for future 03.19.19". If you haven't read up on Baptiste, or if you're like me you've been too busy playing Apex Legends instead, he is a new hero that rocks a three-round burst weapon. Baptiste also rolls out with the ability to throw healing projectiles, as well as healing team mates over time if they're close enough.

There's also an Immortality Field, which Overwatch developer Geoff Goodman explains: "The Immortality Field has many disadvantages compared to other support ultimates such as Transcendence and Sound Barrier. If a Baptiste player can work around these disadvantages they can potentially use this ability to even stop another team's ultimate, which can be a huge advantage to his team".

Blizzard also said that Baptiste's slick Exo Boot ability can be affected by Sombra's hack, effectively killing his super jump if the hack is well-timed. This wasn't on the PTR because of a bug. For now, we have days until Baptiste is playable in the competitive play which is definitely going to spice things up for Overwatch going forward. 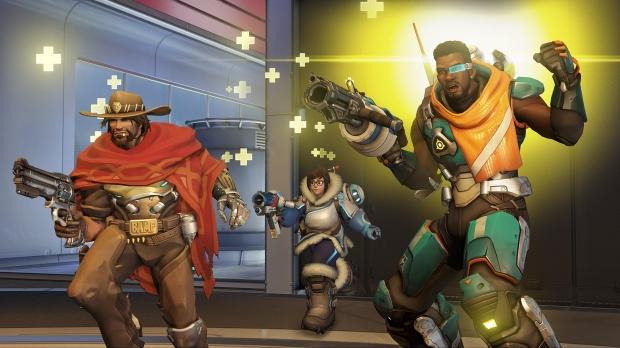