EA is enjoying the mega success that is Apex Legends right now but that isn't stopping the company from unleashing one of the most anticipated parts of Battlefield V in its battle royale mode 'Firestorm'. Firestorm has now been more detailed in a leaked video, which is still up on YouTube fortunately enough... check it out.

Firestorm looks near identical to most other battle royale games except for the excellent work that DICE has put into the destructible environments of Battlefield V, which will get melted and blasted away from the zone moving in. Houses explode from the heat, and I'm sure its going to add multiple layers of intensity when you get caught in the middle of it.

Apart from that, we see that you'll be hunting down and opening up safes in Firestorm looking for loot, as well as some cool vehicles like basic helicopters, speedboats, and full-sized tanks. There won't be unlimited ammo for you to spray and pray, you'll have to conserve ammo and share it with team mates if you want to survive. There will be backpacks to expand your inventory, something you'll have to get used to in a Battlefield game, right?!

We don't know when EA DICE will be launching the new Firestorm battle royale game mode for Battlefield V, but I'm sure it can't be too much longer now. 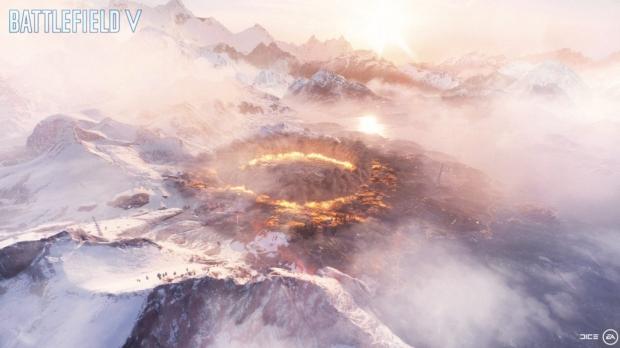