After a few delays and tons of tweaks, Path of Exile finally has a concrete PS4 launch date, and it's quite soon. 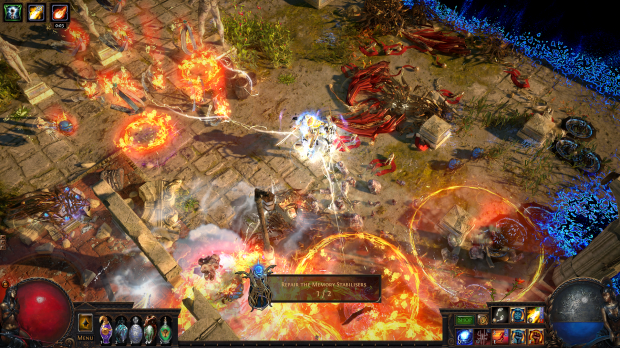 Path of Exile will arrive on PS4 on March 8, 2019 alongside the game's new Synthesis expansion, Grinding Gear Games today announced. The PlayStation 4 flavor will release with all previous expansions and content baked in alongside the Synthesis update, complete with console-friendly controls, chat systems, and everything else the previous games are known for (including excellent action RPG mechanics straight out of Diablo).

Like previous updates, the latest Synthesis expansion has a bunch of new additions including a fresh league for ladder-like competition, a new NPC called Cavas that opens up a unique questline, new skill gems, a ton of new items, and an interesting new Fractured item type that can be earned from synthesizing Cavas' memories. Just when I think GGG can't top their previous expansions they find new ways to re-invent the wheel.

Launching Path of Exile on Sony's PS4 should be absolutely huge for the community and the New Zealand developers. With a 91 million-strong install base the PS4 allows maximum exposure and accessibility for free-to-play games, and in turn offers tons of monetization opportunities. PoE's PS4 launch should bring in more revenues to help fund future updates and big expansions.

As for the rest of 2019, Grinding Gear Games plans to roll out three more updates across June, September, and December. The game's huge mega-expansion should drop sometime in 2020.

Path of Exile: Synthesis releases on March 8, 2019 on PS4, Xbox One and PC. Check below for more information on the update: