The date has finally been set as Nintendo have officially announced that they will be holding the first of 2019's Nintendo Direct's on February 13th.

The announcement comes from the official Nintendo of America Twitter account and teases that throughout the live stream we will get some more details on the highly anticipated Fire Emblem: Three Houses. Many Switch owners have been patientially waiting for this Nintendo Direct as this is when Nintendo will be detailing the 2019 line-up of games to arrive on the handheld console.

The live stream will last for 35 minutes and showcase to Switch owners what they can expect throughout 2019. If I was to take some guesses at what Nintendo are going to show off throughout this live stream, I would say that we are going to see some footage from Yoshi's Crafted World, the new Animal Crossing, Mortal Kombat 11, Luigi's Mansion 3 and perhaps even Marvel Ultimate Alliance 3: The Black Order. I would also expect that closer to the end of the live stream we will get a tease of the next DLC fighter to arrive in Super Smash Bros. Ultimate. The livestream will be held on Wednesday, February 13 at 2:00 p.m. PT / 5:00 p.m. ET / 22:00 BST. If you would like a link to the live stream, click here. 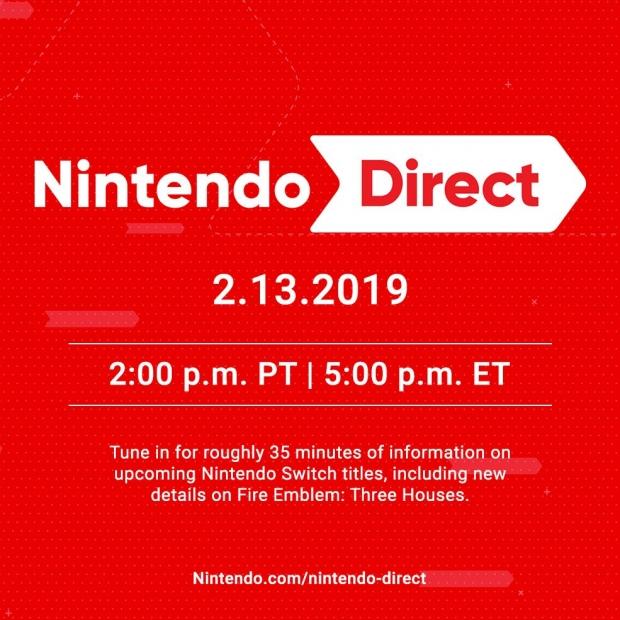