Mortal Kombat 11 isn't that far away from release, with a scheduled release for the Xbox One, PS4 and PC for April 23rd, a question must be posed; when will the Nintendo Switch version release? 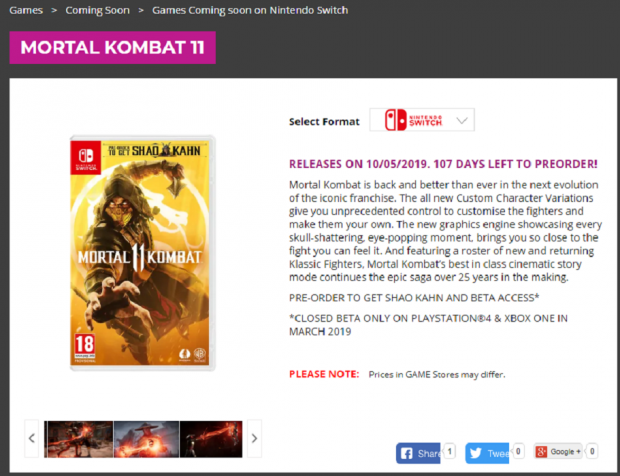 Now this is certainly not an official release date for the game, so as per usual with these listings from retailers assume that this date is simply a placeholder. Speculating if this release date could be accurate wouldn't be that far left-field though, as it isn't that far away from the April 23rd release date. The line of thinking for this assumption is that I'd expect both Warner Bros. and NetherRealm Studios would like their game to launch somewhat unanimously across all platforms. Mortal Kombat 11 for the Nintendo Switch is also being co-developed by Shiver Studios and will feature geometry and graphical reductions, more on that story here.