Square Enix has showcased the console respective keyblades for Sora in the soon to be released Kingdom Hearts III. Players that pre-order a copy on either of the platforms will receive a bonus keyblade.

Three trailers have been released onto the Japanese Square Enix YouTube Channel and show each of the keyblades in some action. We can see from the above trailer the "PlayStation 4 Early Purchase Bonus: "Midnight Blue", this keyblades effect coincides with the color as it increases the damage of all blizzard attacks. It should be noted that these keyblades will only be available as a situation command.

The Xbox keyblade variant has been titled "Phantom Green" and has an effect that increases all of Sora's lightening attacks. Interestingly enough, there is also a Amazon (West) or Seven Net Shopping (Japan): "Dawn Till Dusk" keyblade that can be acquired, this one increases the damage done by fire attacks. If you want to see more of Sora's keyblades, check out the 10 images that was released by Square Enix last week. 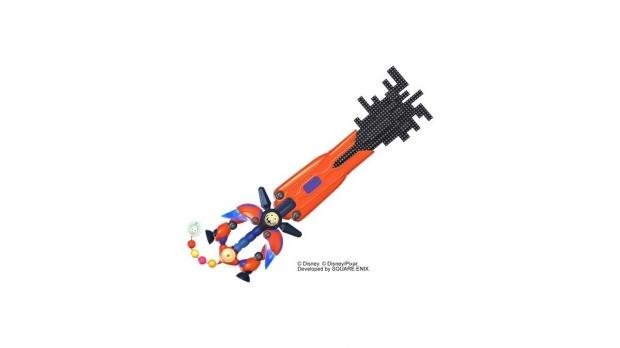